Please read this amazing FREE E Book about how Famous Film Directors such as Peter Jackson (Lord of the Rings) , Quentin Tarantino (Pulp Fiction) and Ridley Scott (Gladiator, Alien ) made it in the film business and what you can learn from them. Model the best and you will attract success. Fill in details in yellow box. 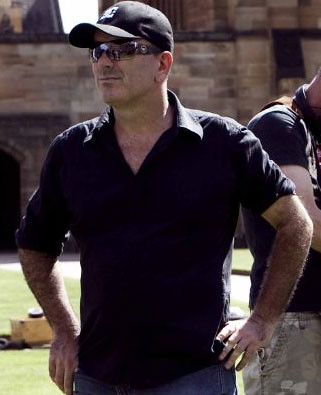 Working professionally as a Film Teacher and Film Maker since 1997

Colm founded Sydney Film Base in 1997 and has since taught emerging film makers to make professional films. Colm has guided and instructed over the years on 169 short films made by Sydney Film Base students. Therefore the standards on our 4 Month Film School are exceptional. See examples of student films here   With a wealth of film teaching and film making experience Colm O’Murchu is one of the very best film instructors.

Colm is also an active professional film maker who works as a DOP and Film Director on feature films and professional films. He has directed the award winning feature film The Makeover and the $1 Million budget  “Dealing with Destiny” He is currently in advanced development on his next feature film Absolute Freedom shooting in early 2014 .

John has worked in the film, television and music industry for the last 25 years,and is a member of the Australian Screen Sound Guild. He commenced working as a recording engineer in 1986 and continued recording music of all genre’s, until he became a post production sound designer at Foxtel in 1997. For the next 10 years, he worked on numerous Foxtel promotions and productions for Fox 8, Fox Classics, National Geographic channel, Channel V, The Comedy Channel, BBC, The History Channel and UKTV. In 2006 winning the Gold Award at World Promax in New York for best Sound Design. He has also worked with Channel 10, Channel 9 and Channel 7 on a variety of long form TV programs. During his work in Television he also collaborated with a number short filmmakers  as a sound and dialogue editor, sound designer, sound supervisor and sound mixer culminating in over 20 national and international award winning short films to date.

Recently, John was credited as Sound Designer and Dialogue Editor and Sound Mixer on two Australian Independent Feature Films. One winning an award for Best Comedy Drama at the New York City Film Festival and was an Official Selection at the Cannes. Independent Film Festival. Over the last 15 years John has trained and advised hundreds of Film and Audio students at many schools around the country.

Allan is one of the very best communicators and an exceptionally charismatic film teacher.

Allan has worked as a writer, director and cinematographer on nationally aired television commercials and music video clips.  He also has vast experience shooting and editing corporate material.

He also has written documentaries, TV pilots, TVC’s and has over seven years experience on-air presenting and writing for radio (NXFM, KOFM and 2NURfm).He has an in depth interview experience; conducting interviews for film, radio and written formats with some of Australia’s musicand business elite.

He personally believe in just not meeting but exceeding expectations.

that coincide with sales and promotional station stratagies.